The question as to the relationship of these images to reality has since driven this discourse, and it is precisely that moment of tension of withdrawing certainty that makes it an influential model of thinking. A condition without truth, however, is equal to free fall. One sees parts of naked bodies of youthful, male divers, standing out against the dark surroundings in the very bright light of the flash.

Their faces are turned away from the camera, their facial expressions remain concealed, and so one cannot read their feelings as they wait to jump. Is it anticipation or fear that drives them? An inherent tension can be sensed in the images, as the viewer assumes the situation of the protagonists. The composition of the image, taken from a steep perspective, enhances this tension even more.

This tension is heightened through the pairing of the divers with their doppelgangers or adversaries — the interpretation is intentionally left open here: Each diver is accompanied by the image of a dog. All interpretations appear to hang in the balance, like the photographer himself. Perhaps that is precisely why the images radiate an aura of dignified calm. The bodies hold the tension. The moment of waiting is frozen in the image. It is not the spectacular leap that is depicted, not the falling, but the physical and psychological tension before the event.

The holding and grasping of the moment itself becomes the main motif. The figures stand still for the photograph — but also in the photograph itself. They refer to the ability of photography to interrupt the flow of time and to form the events of this precise moment in an image. In their tension-filled waiting, the protagonists are simultaneously performing an action: Their hands reach for the balustrades of the diving tower, grasp the bars, hold on to them. The architectural structures that resemble abstract ornaments do fulfill a concrete purpose: They are a crutch for the protagonists, whose hands seek them out, find and grasp them.

The motif of grasping is to be found again in the series Memento Moriendum Esse. The camera flash alone gives it form, separates it from its surroundings, in which it appears hunted, turned away from the camera. As if a natural impulse were compelling it to resist the image. It tries to remove its countenance from the scene as if having its picture taken equals a finality that it seeks to evade.

Yet the photographer pushes the button precisely at this moment. What emerges is a kind of negative portrait. Little information about the identity of those depicted is to be seen. The flash, however, renders visible all their creases and traces of wear. The leather jacket as a symbol of rebellion and freedom seems rather outdated. In the exhibition space, the images thus gain momentum, seem practically unencumbered, resist the moment of falling through an inferred upward movement. With regard to reality, the newspaper strongly suggests a trustful reading; after all, printed media has long been considered a guarantor for the dissemination of credible information.

Consequently, the title of the next complex of works, which consists of three series, is Based on Truth.

Further contradictions are formulated in the series by pairing opposites at the motif level. Lightness and heaviness encounter each other: In the first series of the picture story, seagulls in flight are depicted against a black background; in the second one, burned-out cars. I understand just train-station - Ich versteh nur Bahnhof sorry, my englisch is under all pig - Entschuldige, mein Englisch ist unter aller Sau I think I spider - Ich glaub ich spinne the devil will i do - Den Teufel werd ich tun my lovely mister singing club - Mein lieber Herr Gesangsverein come on Sponge over!

I can. Skin off! That makes the bock too not fat - das macht den bock auch nicht fett I have the nose painted full - Ich habe die Nase gestrichen voll I white it not! Get you one again - Krieg Dich wieder ein Do you want to take me on your arm? I stick you one - Ich kleb dir eine! Always breathe loose through the trousers - Immer locker durch die Hose atmen bekannt sein wie ein bunter Hund - well-known like a colorful dog I barrel it not - Ich fass es nicht to cash a running-in - einen Einlauf kassieren That shoe I don't pull me on - Den Schuh zieh' ich mir nicht an I don't trust that roastbeef - Ich trau' dem Braten nicht I voice you too - I stimme Dir zu that doesn't bring me anything - das bringt mir nichts shit the wall on - scheiss die Wand an are you still to rescue?

This ist not to catch! Get you again one! Give eight! You have a screw easy! Attention is the mother of the chinaware box!

It fits how the fist on the eye - Es passt wie die Faust aufs Auge pig had! Mein Fernsehbildschirm ist im Eimer. Not so fast, friendy! 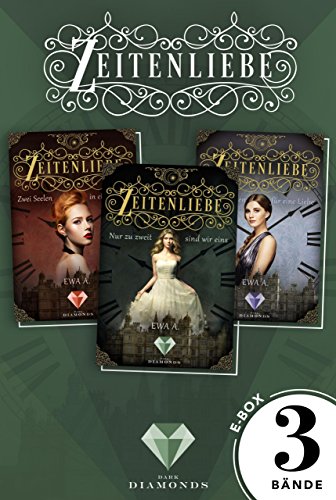 I teach you the overman. Man is something that shall be overcome.

What have you done to overcome him? Where is the frenzy with which you should be inoculated? Behold, I teach you the overman: he is this lightning, he is this frenzy! A dangerous across, a dangerous on-the-way, a dangerous looking-back, a dangerous shuddering and stopping.

What is great in man is that he is a bridge and not an end: [ I say unto you: one must still have chaos in oneself to give birth to a dancing star. Von allem Geschriebenen liebe ich nur Das, was Einer mit seinem Blute schreibt. Schreibe mit Blut: und du wirst erfahren, dass Blut Geist ist. Es ist immer etwas Wahnsinn in der Liebe. Es ist aber immer auch etwas Vernunft im Wahnsinn. Write with blood, and you will experience that blood is spirit.

Coldly it tells lies too; and this lie crawls out of its mouth: "I, the state, am the people. Wahrlich, sie nahmen es nicht, sie fanden es nicht, nicht fiel es ihnen als Stimme vom Himmel. Behold, it is the tablet of their overcomings; behold, it is the voice of their will to power. Verily, they did not take it, they did not find it, nor did it come to them as a voice from heaven. Therefore he calls himself "man," which means: the esteemer.

To esteem is to create: hear this, you creators! Esteeming itself is of all esteemed things the most estimable treasure. Through esteeming alone is there value: and without esteeming, the nut of existence would be hollow. Hear this, you creators! Whoever must be a creator always annihilates. Terrible it is to be alone with the judge and avenger of one's own law.

Thus is a star thrown out into the void and into the icy breath of solitude.